High atop Tysons, Capital One Center’s The Perch is an outdoor green space that offers entertainment alongside marvelous works of art, like West Coast-based artist Philip Stewart’s 32 Corners (2022). 32 Corners is composed of four stainless steel cubes with polished light-reflecting outer covers stacked asymmetrically to reach 27 feet tall. Each cube floats effortlessly based on the internal mechanics that were custom engineered for the piece to allow a full rotation of 360 degrees. Abstract and gravity-defying, the large kinetic sculpture moves incrementally in the wind. Weighing in at 5 tons, but appearing light as a feather, 32 Corners is nothing short of awe-inspiring.

“The bigger idea behind the work is that [it’s]a machine that elicits a sequence of emotions,” explains Stewart “The first emotion being a sort of fear-based emotion of some kind and then having that immediately supplanted by amazement or wonderment or something. And the combination of those two things is the dictionary definition of ‘awe’— I’ve always been interested in what makes something awesome.”

From the initial idea to the final product, 32 Corners took over four and a half years to complete.

Stewart chose the title 32 Corners as an homage to geometry and navigational tools. “One of the things that I’ve always thought was very important in monumental sculpture is the art of wayfinding. Because all of these sculptures become navigational tools to the public. And so naming it 32 Corners was tipping my hat at the old colloquial idea of meeting at ‘five corners’.” In other words, he explains, “it’s a meeting place.”

He adds that his studio team joked–given the complexity of the piece–that it should've been called 32,000 hurdles. “We didn’t know when we named [it] that it was really -telling how complex the path was to get to the end. We took at least 32 corners.”

Philip Stewart has been engaged in the work of monumental sculpture for nearly three decades. Today he is the president of Future Sculpture LLC and has artwork on the campus of the University of Michigan and in private collections, including the noted Project Birdhouse in Seattle.

Stewart has worked on a broad range of complex projects with multiple artists, including glass sculptor Dale Chihuly, sculptor Kenneth Snelson and architect/engineer Santiago Calatrava. Stewart’s practice evolved to include installations of George Ricky and Kenneth Snelson sculptures at the Palais Royale in Paris, as well as multiple conservation and restoration projects for clients such as the Hirshhorn Museum and Sculpture Garden in DC. 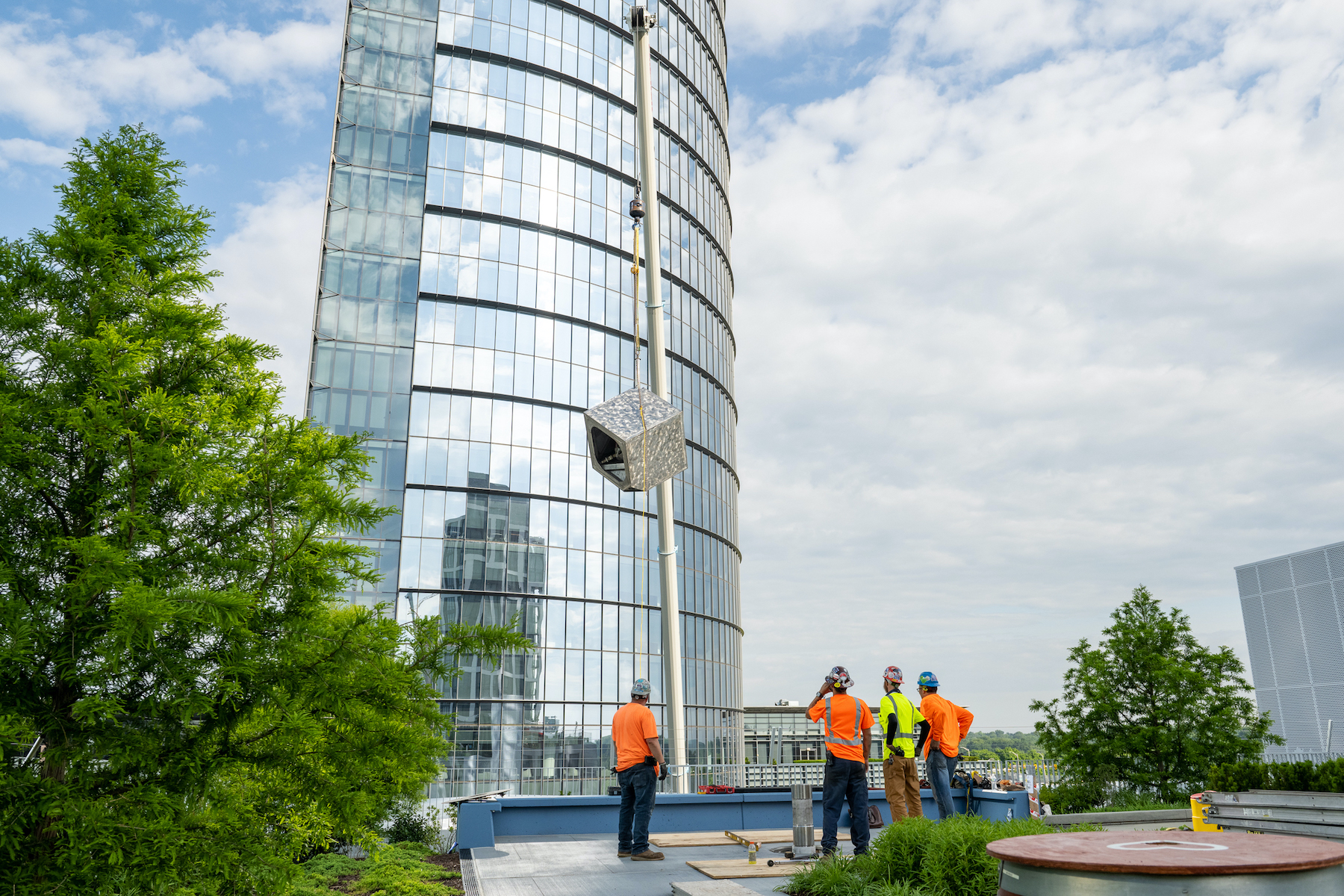 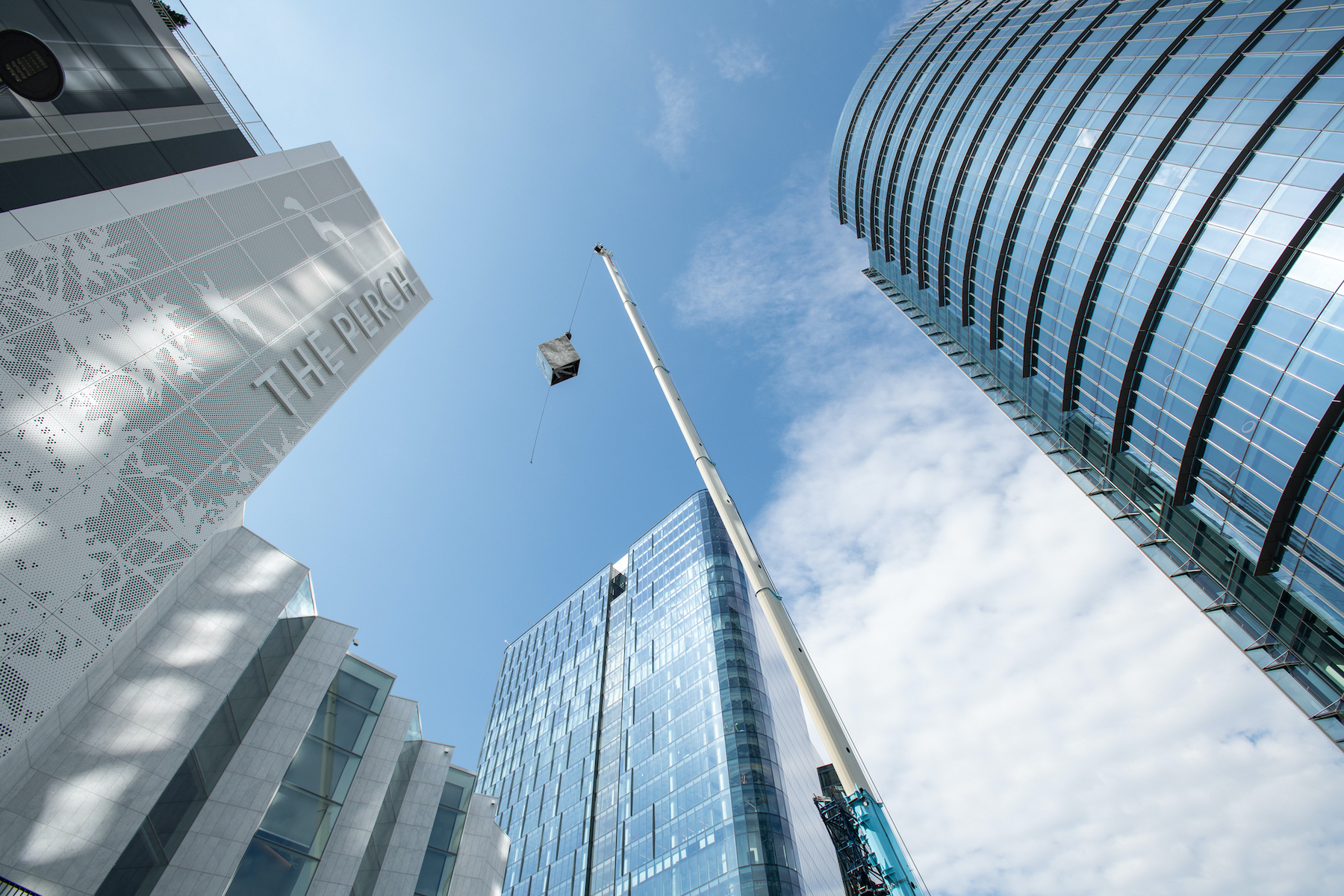 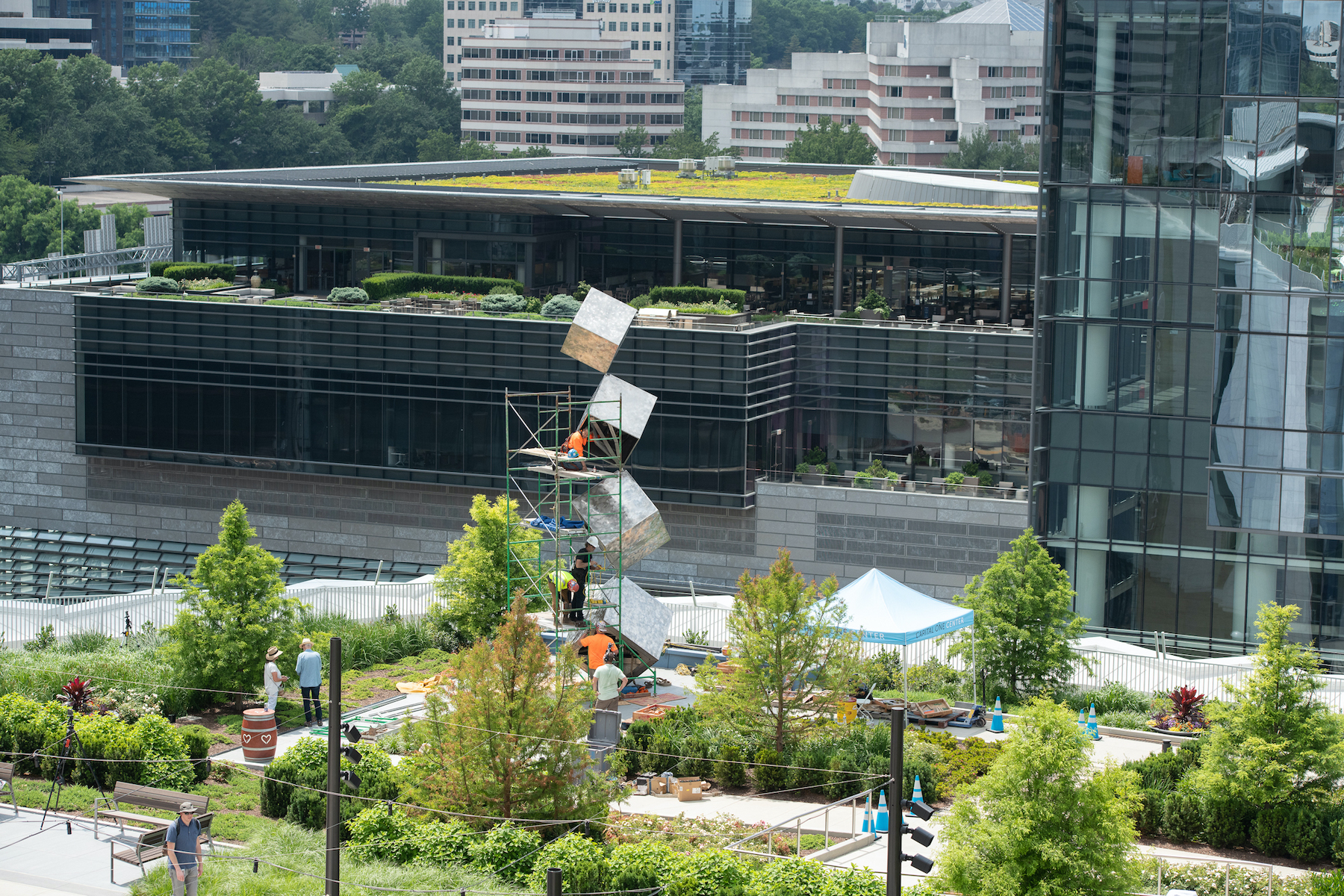 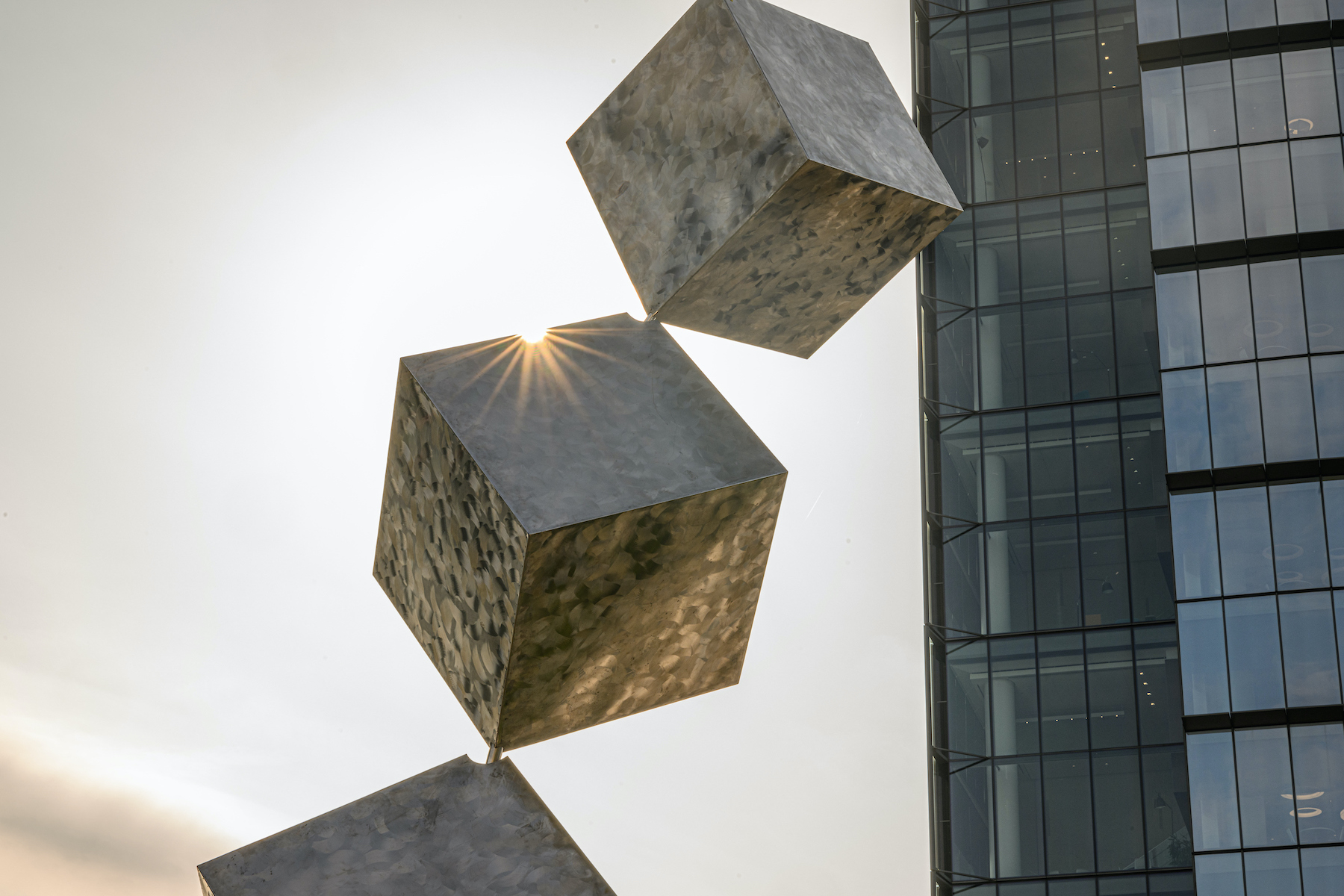 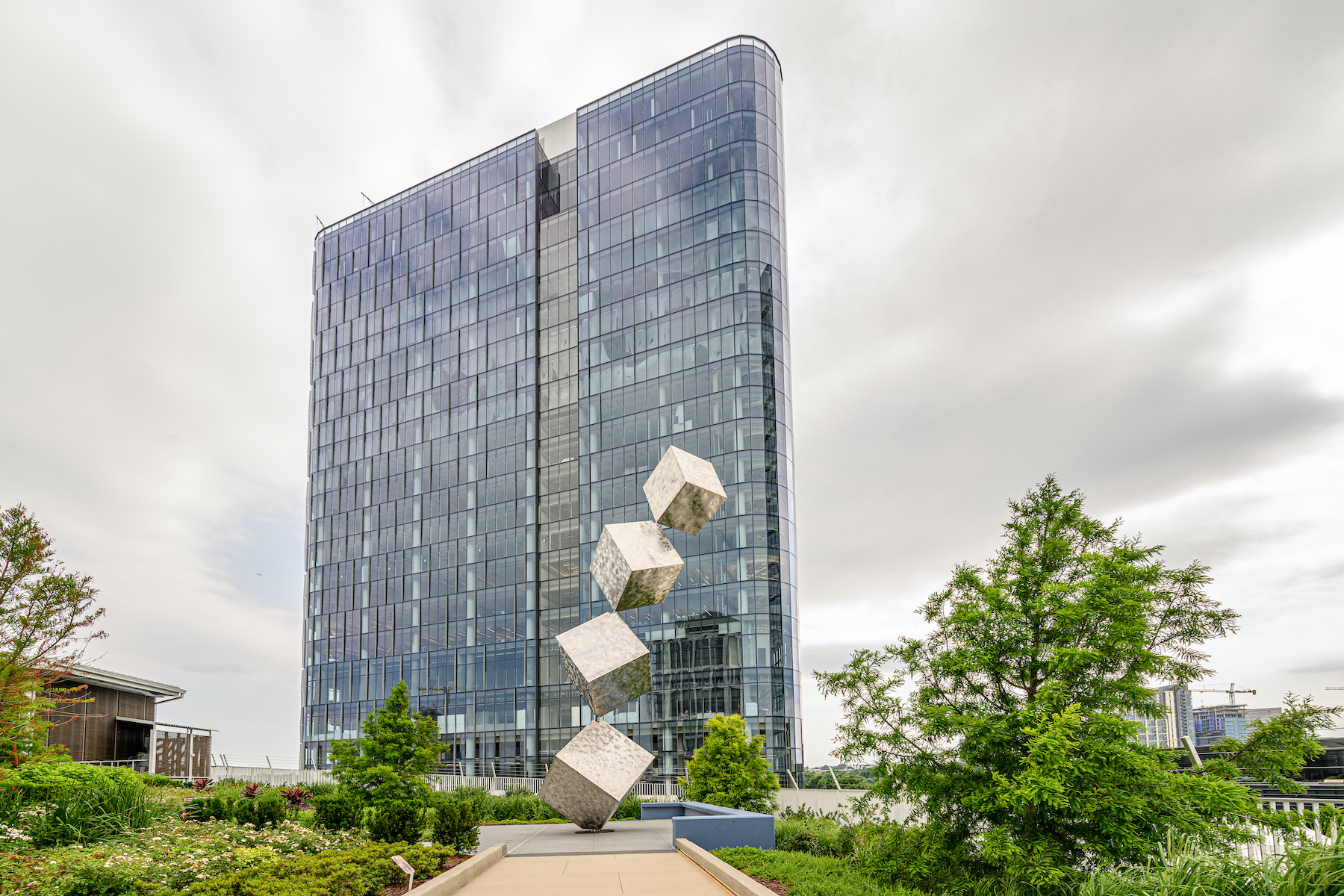 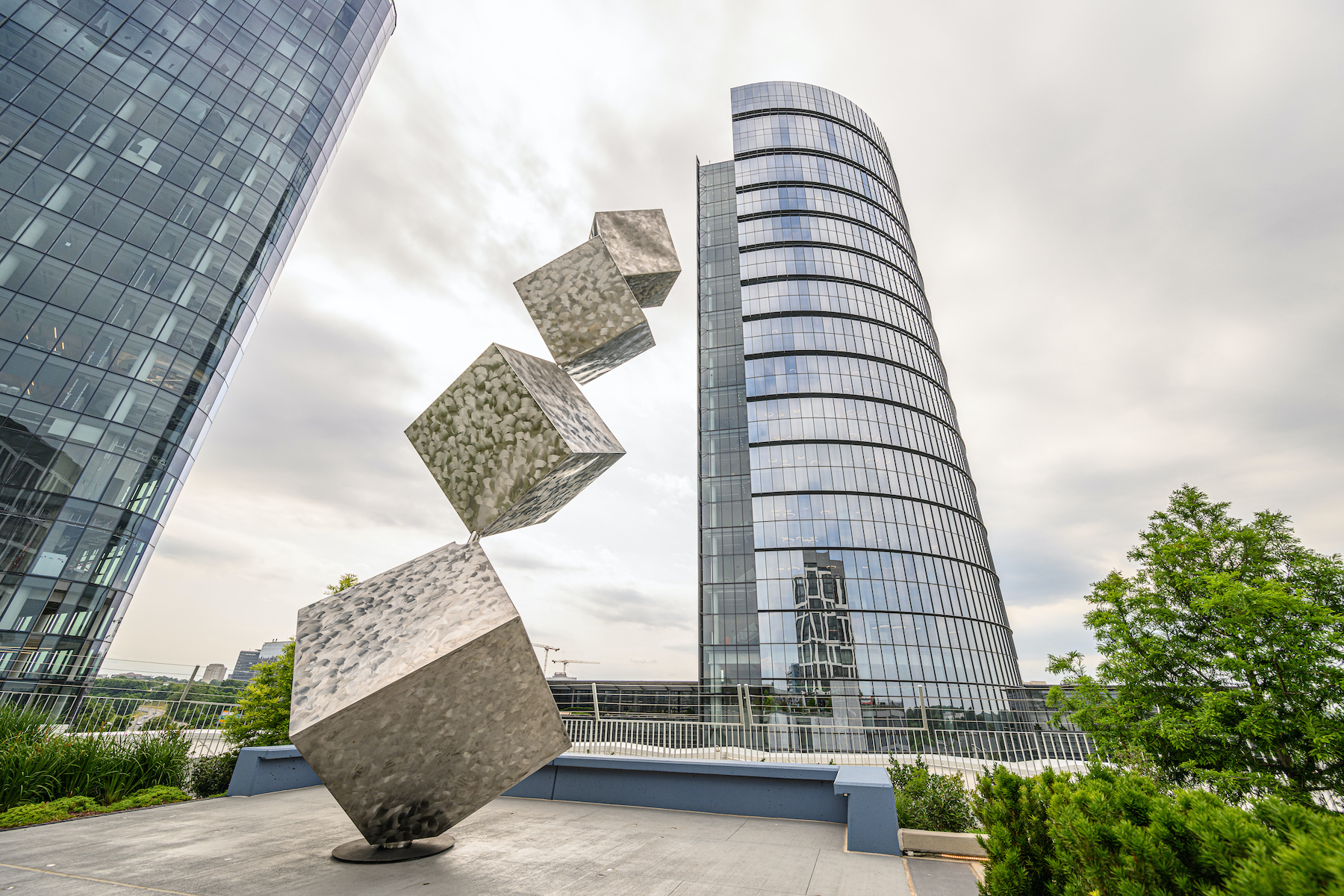