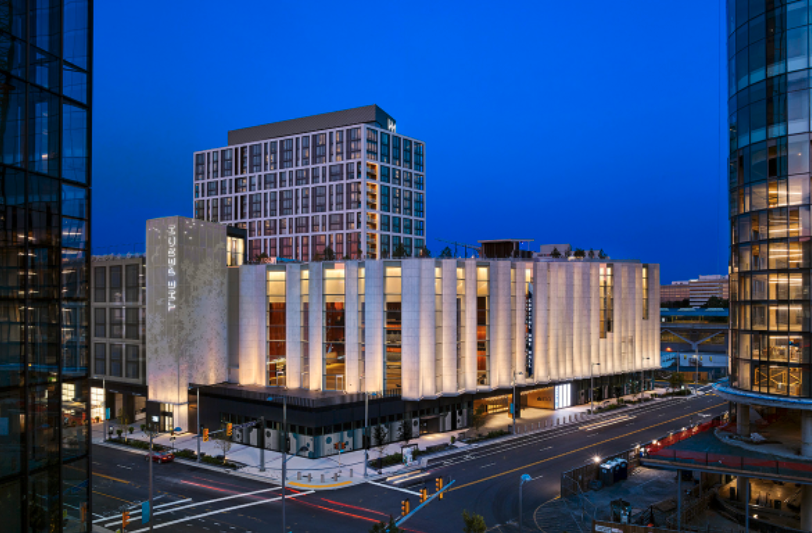 After 20 Years In The Works, A Huge New Theater Brings Broadway To Tysons

Capital One Hall, the newly opened performance center, will also include a massive sky park, the 300-suite Watermark Hotel, and a Radio City Music Hall-style design.

What’s that blue-and-silver glass village just south of Tysons Corner? From a distance—say, from eight lanes of traffic on I-495—the Capital One Center skyscrapers resemble the Emerald City from The Wizard of Oz. Among the gleaming towers: Capital One Hall, a new state-of-the-art performance center that’s attracting Broadway shows to our corner of Virginia.

This whole development has been in the works for more than 20 years. In the late 1990s, Capital One purchased 25 acres for a traditional suburban office park in Northern Virginia. Around then, McLean got pinpointed for a new Metro station. “All the stars aligned,” says Jonathan Griffith, director of Capital One Center, “and we reimagined what our future plans would look like.” Company leaders wanted an auditorium for corporate events, a luxury hotel with dining, and amenities like a Wegmans. Construction launched in 2015.
The addition of Capital One Hall was serendipitous. Fairfax County officials had already identified a need for an arts-and-entertainment complex. From a business perspective, Capital One needed one very large venue. It was an “aha moment,” says Griffith.