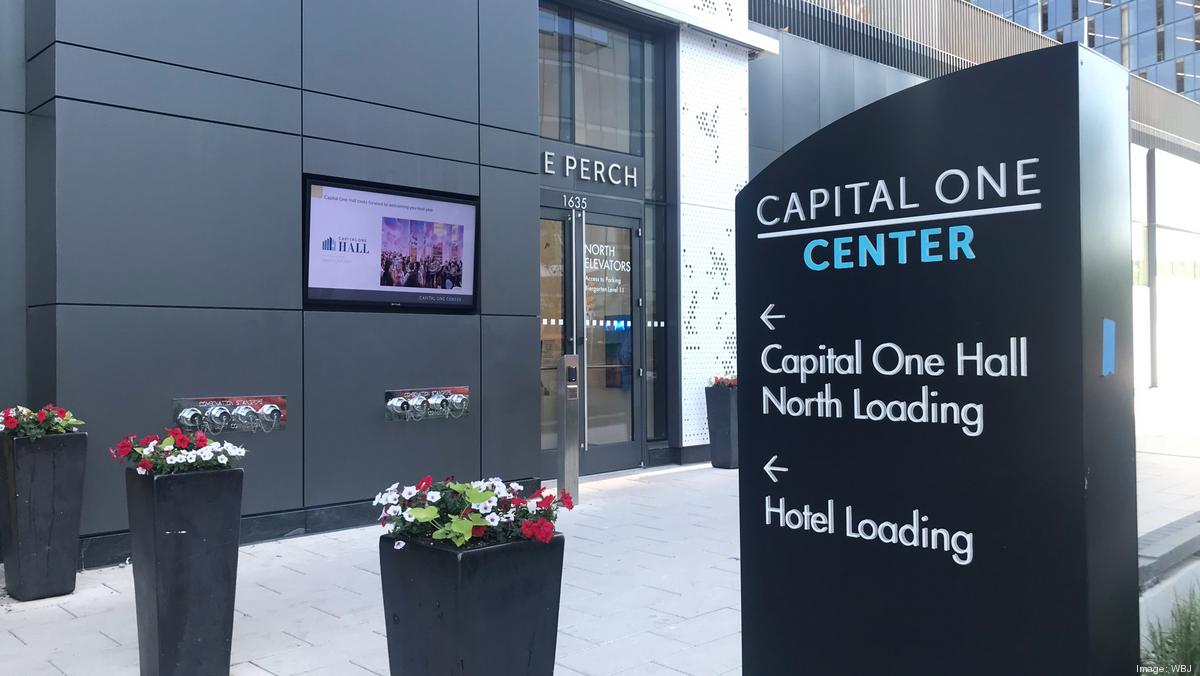 In some ways, the “Best New Development” award could be considered a lifetime achievement award for Barry Mark, vice president of design and construction for Capital One Financial Corp. (NYSE: COF). That’s because Mark has been working on the development and evolution of the banking giant’s 23.5-acre Tysons campus since he joined the company more than two decades ago.

“My first project when I joined in 1999 was to identify this property and purchase this property,” Mark says. “Every time I think we’re probably done, we seem not to be.”

Back in 2002, Mark helped deliver a 14-story headquarters building, while three more similar fortresses were planned for what was supposed to be a 29-acre gated corporate campus. Before those were built, however, Fairfax County amended its Comprehensive Plan for Tysons in 2010, allowing significantly more density for properties within a quarter-mile of the four local Metro stops.

Suddenly, Capital One’s investment could hold as many as 10 buildings. That left the company with much to think about. (And a lot of extra land — the company has donated 5.5 acres for transportation projects.)

The new development opportunity coincided with three key shifts, one internal and two external. Internally, Capital One’s hiring needs had evolved to focus heavily on technology workers. Externally, the technology companies that Capital One would need to beat out for that talent had been engaging in an arms race to build the biggest campuses possible, hoping their employees would literally live, work and play in — or at least near — the office.

The third change flipped the entire Capital One suburban campus concept on its head. “Now everybody wants to be part of a downtown village with amenities, restaurant and nightlife,” says Cushman & Wakefield’s Gary Helminski, who leads the project’s development management team.

So, with “Block C,” an above-ground parking structure that could support development, Capital One set out to build campus amenities that would draw more than just a tech crowd; instead, the company envisioned the “Sunday Fun Day” crowd. That meant amenities that would appeal to shoppers, diners, drinkers, business travelers and neighborhood families.

Today, the Capital One Center campus includes two office buildings — the 2002 original, plus the curved steel and glass Beltway beacon — as well as a performing arts center, Wegmans grocery and 306-room Watermark hotel that will help the company recapture some costs when its employees travel to the region and stay overnight.

And then there’s The Perch. The 1.2-acre Perch is what it would look like if a cruise ship tipped and spilled its amenities onto a green roof. The Perch is what Ferris Bueller would have designed for his big day off. It’s also what happens when an already large roof doubles in size.

“The plan for the performing arts center grew, so now it was going to take over half of a city block. So now you have a really large rooftop, and we decided to activate that space by putting a beer garden up there,” Mark says.

Capital One Center drew a gawking news coterie when it used a crane to hoist three new food trucks 110 feet up to The Perch. That’s not the only reason the project has proved the most challenging of Mark’s career.

“I don’t think I’ve ever blended so many disparate types of work into one project,” Mark says about Block C. “Every time we thought we had it under control, we said, ‘Let’s add another complexity to it.’”

While Mark may have spent the better part of his professional life building Capital One’s campus, he’s not done yet. Block C alone has the capacity for two more residential components, but no current plans to build, he says. However, a third office tower, which topped out last year, is slated for completion by the end of 2022, and a public park abutting the Metro stop will be part of Capital One Center by the fall of 2023.