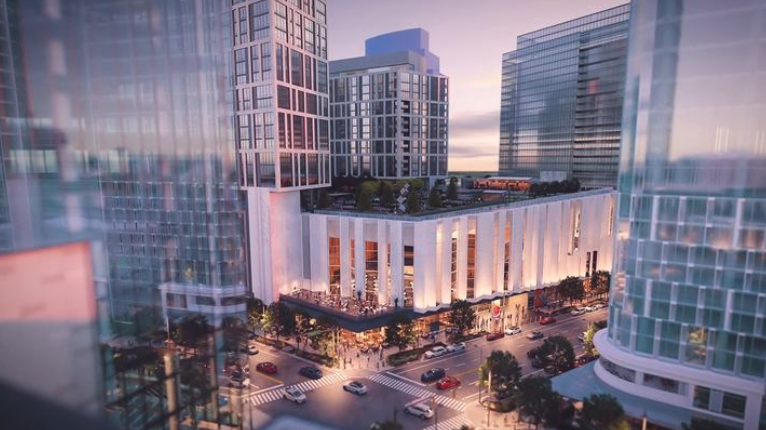 The banking giant has proposed a new park to replace what is largely a 7.3-acre parking lot north of the intersection of Dolley Madison Boulevard (Route 123) and Scotts Crossing Road. A baseball field would consume the northern half of the site with a smaller park feature on the western corner.

Capital One East Park, as it's called in filings, would have stone and brick paths lined with trees, a play area for children and a pond, as well as a potential carousel or a feature similar to it. The synthetic turf baseball field would be lit and include batting cages, dugouts and bullpens on either side with some small bleachers behind home plate. Most of the rest of the space would be rebuilt into a smaller parking lot.