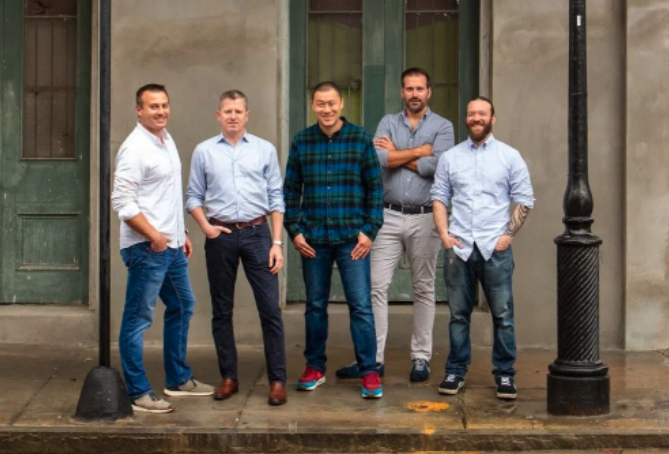 Salt Line Owners Will Open at Capital One Center

Long Shot Hospitality, which operates seafood-centric Salt Line and New Orleans hotspot Dauphine’s, is gearing up for a new project. Chef Kyle Bailey and partners will open an 11,000-square-foot Tex-Mex restaurant at the new Capital One Center in Tysons, Virginia, next year.

Similar to the Salt Line in Navy Yard and Ballston, and Dauphine’s in downtown DC, the new restaurant—yet to be named—will have plenty of outdoor space, an al fresco bar, and a high-style look courtesy of General Design Company and Grizform Design Architects, The design houses previously worked with Long Shot’s other restaurants.

There’s a lot still in development, though the menu will have a coastal influence. Partner Jeremy Carman says the team is taking a similar approach to Tex-Mex cuisine as they have toward New England seafood and French-Creole.

Tex-Mex “is something we’ve always wanted to do,” Carman says. “I think we’ve seen a lot of success taking nostalgic, beloved cuisines and creating regional concepts.”

Similar to how the group hired New Orleans chef Kristen Essig to helm Dauphine’s, Carman says they’re looking for “people who have institutional knowledge” of Tex-Mex to help guide the new project.

“In DC and the greater area, everyone has done an amazing job honoring regional or modern Mexican cuisine. For the most part, the Tex-Mex bracket is dominated by chains and larger groups. We’re looking forward to leaning into Tex-Mex and honoring what the cuisine is,” says Carman.

Long Shot is one of the early hospitality partners to sign on at The Capital One Center, a 25-acre mixed-use development that’s growing to include various retail and restaurant options, a performing arts center, the Watermark Hotel, a “sky park,” and of course, the headquarters of Capital One. Dining-wise, the development is currently home to upscale Japanese-American spot Wren, massive rooftop Starr Hill Biergarten, and a Wegmans—with much more on the way.